Infrastructure development in the nation is taking progressive steps in the right direction, as another corporate, Viathan Funding PLC, taps the debt capital markets (DCM) for funding targeted at this development.

The listing of the Viathan Funding PLC Series 1 ₦10.00bn 16.00% 10-year Senior Guaranteed Fixed Rate Bond (the Viathan Bond or the Power Bond) under its ₦50.00bn Bond Issuance Programme, on FMDQ OTC Securities Exchange (FMDQ or the OTC Exchange) is another significant contribution inspiring confidence in the Nigerian markets as infrastructure development, slowly, but progressively, takes form.

Viathan Group develops and operates off-grid power solutions in Nigeria. Sponsored for listing on FMDQ by Renaissance Capital (Nigeria) Limited, a Registration Member (Listings) of FMDQ, the Viathan Bond will be first corporate infrastructure bond focused on addressing power generation challenges, amongst others, to be issued in Nigeria and listed on the OTC Exchange.

Speaking during the listing ceremony Tumi Sekoni, Vice President, Capital Markets Directorate at FMDQ, whilst welcoming the guests and market participants gathered to commemorate this commendable feat, congratulated the issuer and guest of honour, Viathan Funding PLC; expressing FMDQ’s pleasure at the pioneer listing of a power bond in Nigeria, a most exemplary and indeed, positive step towards improving infrastructure development in the nation.

She commented, “FMDQ, being especially desirous of unlocking capital for infrastructure and economic development in Nigeria, has again demonstrated its unflinching commitment in this regard by providing due diligence and availing its credible and efficient platform for the listing and trading of the Viathan Bond – the firstever Power Bond to be issued in the Nigerian markets. FMDQ is indeed honoured to be the chosen platform for the listing of this Power Bond.”

Addressing the markets during the listing ceremony, Mr. Ladi Sanni commented, “It is with great pleasure that we celebrate the listing of the Viathan Bond. The success of the bond is evidence of the increasing appetite of local institutional investors for long term infrastructural debt instruments. The ₦10.00bn bond is the first tranche in a ₦50.00bn bond program which would essentially help Viathan actualise its aggressive 200MegaWatts capacity expansion program by 2021. We are happy about the investors’ confidence and reception to the Viathan bond and look forward to their support in subsequent bond issues.”

Representing the issuing house and sponsor of the bond on FMDQ, Mr. Temi Popoola added, “It has been a source of tremendous pride working with Viathan on this landmark transaction. Whilst it is the first of its kind in many regards, the most important benefit is perhaps the signalling effect it gives to corporates in Nigeria that other funding sources are available to them. Renaissance Capital, leveraging.

On its execution and distribution abilities, ended up with a deal that was over-subscribed and very well received by the local investor community.”

Hon. Tajudeen Yusuf, in his special remarks to the financial markets and related stakeholders reiterated the government’s commitment towards supporting initiatives towards developing the markets.

Mr. Bola Onadele. Koko, MD/CEO of FMDQ, added that, infrastructure poses a major challenge to the realisation of the potential of the Nigerian economy; one which has not only stagnated economic development, but inhibited improvement in the standard of living of the Nigerian people. FMDQ therefore, recognises the untapped potential of the DCM and is actively championing initiatives to leverage on and realise these opportunities. 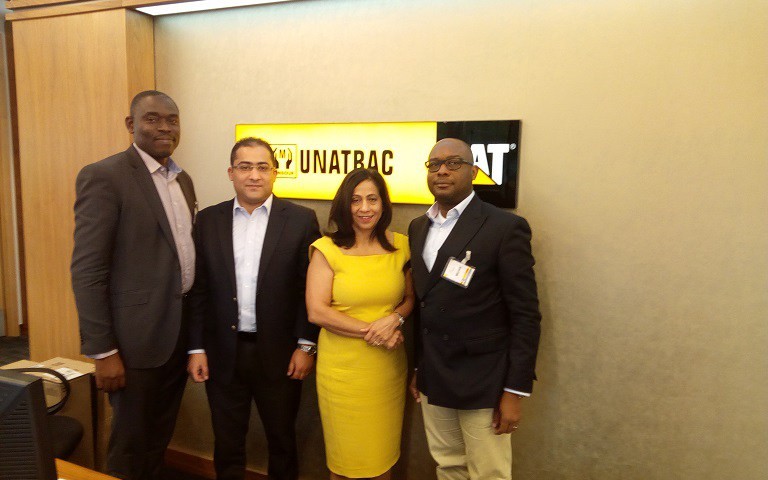